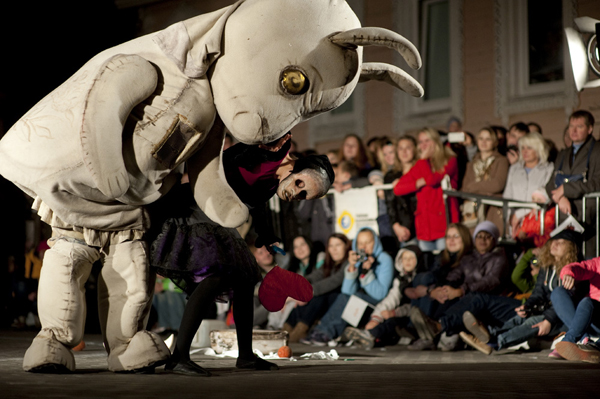 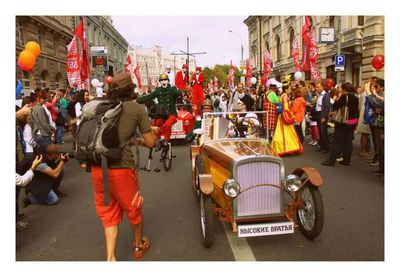 "The story of 2 reprises"

TALL BROTHERS (Moscow) is a company of theatre and circus actors, a regular participant of street theatre festivals in Russia and abroad. The troupe includes artists of various genres: stilt-walkers, clowns, mimes, conjurers, jugglers, fakirs. Their repertoire ranges from light improvisations to street carnivals, each show is a true feast for the eye appreciated by both children and adults.

"The story of 2 reprises" - interactive street clownade, funny improvisation and musical eccentricity.  In program: orchestra, dances, already familiar to Voronezh citizens by the last year "Freaky circus" and much more.

"Mignone" is an open-air twilight and night performance for general public of all ages and estates. Mignone (fr. mignon — cute,nice, tiny) - character from Goethe's novel "Wilhelm Meisters Lehrjahre" (1795). Performance shows a story about a teenager girl - a strange, obstinate, negative creature, that dwells in her secluded and lonely world. She lives in a cupboard – her cage, full of childish recollections, but also full of strange and miraculous characters, creatures of her lonely fantasy..