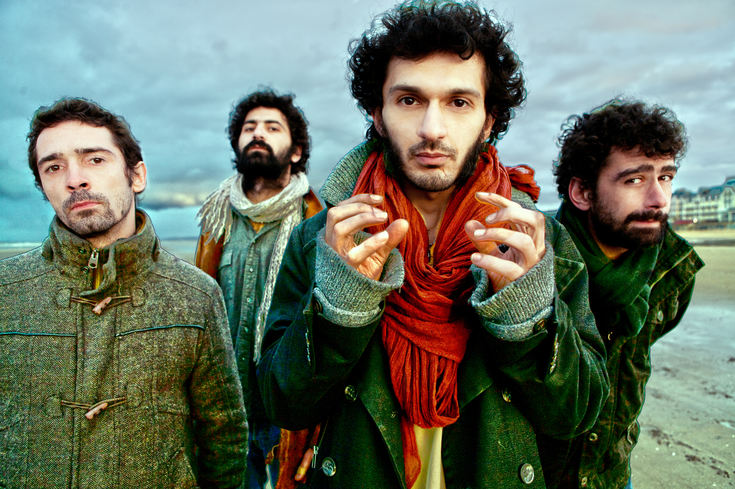 One of the most famous bands in Armenia, The Bambir (“bambir” - ancient Armenian musical instrument) describe themselves as “flavored by progressive rock, vibrations in stones, Daoism, James Joyce, Rumi, Japanese poetry, acrobatic tongue twisters and finger pickings and harmonies at 3 a.m. when the beer, the tea, and the cigarettes have all run out”. They have played in Moscow, Paris, Los Angeles, New York, Istanbul, Beirut, Georgia, Greece and all over Armenia. In January 2012 they made the decision to make a go of breaking into the European market, and moved to Dublin for 6 months. They became known for their relentless gigging, sometimes playing 3 shows/night. They appeared on local radios and State magazine called them "Ireland's hairiest and hardest working band," featuring them as part of their 2012 Electric Picnic coverage. The Bambir's notoriety is growing now as they are attracting more international attention.

“Hailing from Armenia but soon to become official honorary Irishmen, The Bambir have been making a) a wonderfully wild folk-prog racket, and b) tonnes of new friends, since they crash landed on our shores at the start of the year… Genuinely unforgettable live”