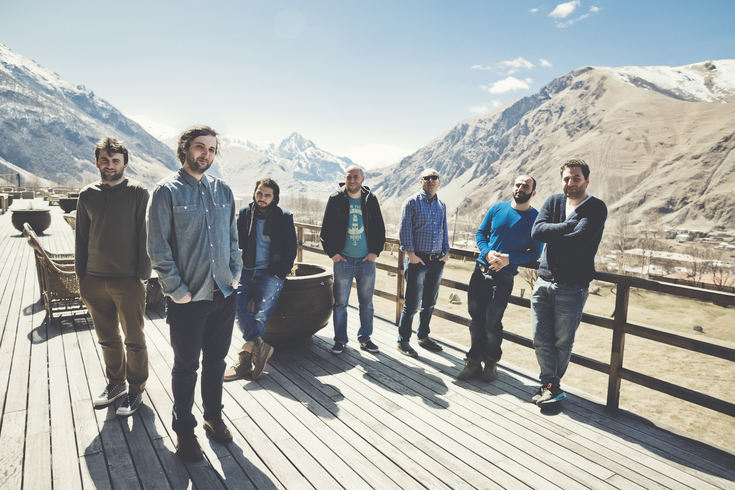 Mgzavrebi (translated from Georgian as “wanderers”) is the most famous band of Georgia nowadays that gathers stadiums of fans and performs at all main venues throughout the country. Their beautiful, light and lyrical songs modernly arranged with folk instruments such as panduri and didjeridoo, and traditional Georgian singing are passionately loved in Russia where the band has toured frequently. Established in 2006 by Gigi Dedalamazishvili, Mgzavrebi’s initial staff included only three musicians. During these years, the band has increased up to 15 members by now and released five albums. Mgzavrebi is well known for its individual music style permeated with emotion and improvisation, its music is filled with elements of folk as well as classical music. Mgzavrebi is the embodiment of modern and authentic rhythms of one of the most musical countries in the world.

"Mgzavrebi songs are recognizable from the very first notes. From one hand this is a kind neo-folk based on rich cultural traditions, and from the other – this is quite modern, vibrant and melodic young music…And it turns you on"