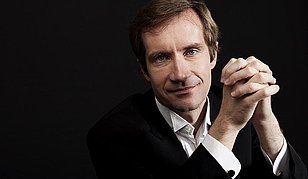 Nikolai Lugansky – one of the greatest pianists of our time, People’s Artist of Russia.

Capable of great refinement and sensitivity in Mozart, Schumann and Schubert, and breathtaking virtuosity in Rachmaninov and Prokofiev, Nikolai Lugansky is a pianist of extraordinary depth and versatility. Hailed by his former teacher Tatiana Nikolajeva as the “next one” in line in the succession of great Russian pianists, he won the Tchaikovsky International Competition in 1994. He has since gone on to develop a career at the highest level, regularly appearing at concert halls such as the Amsterdam Concertgebouw, Vienna Musikverein, Zurich Tonhalle and Suntory Hall in Tokyo, working regularly with the top international orchestras including the Orchestre de Paris, Münchner Philharmoniker, Los Angeles Philharmonic and the Russian National Orchestra collaborating with conductors as distinguished and diverse as Charles Dutoit, Vladimir Ashkenazy, Kent Nagano, Sakari Oramo, Kurt Masur, Vladimir Jurowski and Valery Gergiev.

Upcoming engagements include debuts with the Boston Symphony, New York Philharmonic, duo recitals with partners Leonid Kavakos and Vadim Repin as well as solo recitals in Holland, Switzerland, Portugal, Spain, France and the United Kingdom culminating in London’s Wigmore Hall. In North America, his recent activities have included a cross-country tour with the St. Petersburg Philharmonic and Yuri Temirkanov, the Montreal and National Symphony in Washington DC. Mr. Lugansky has featured with the Pittsburgh and Cincinnati symphonies both at home and on tour in Europe.

An acclaimed recording artist, he has recently signed an exclusive deal with the Naïve-Ambroisie label, whose first release of solo Liszt is now available and has led Le Monde to write that “Nikolai Lugansky has entered the inner circle of great Lisztians”. His next recording for Naïve featuring Rachmoninoff’s two piano sonatas is due for release in September. His previous release, an all-Chopin recital for Onyx was described by The Guardian as “unquestionably thrilling”, and in October of 2010 Deutsche Grammophon released a disc of chamber music recorded together with Vadim Repin with whom he has developed a long-lasting and fruitful musical partnership which won the 2011 Edison Klassiek Award and the Chamber Music category award of the 2011 BBC Music Magazine Awards.

“Lugansky is a pianist who makes the music, its wit, its bravura and its piquant lyricism come vividly alive... the arresting aspect of this interpretation is that it goes beyond and deeper than the mere notes, quantities of them though there are. Far from just skittering over the keys, Lugansky invests the music with real character, lending the musical ideas weight and physicality as well as sparkle…”
Geoffrey Norris, The Telegraph

“Fleet passage-work, drama and pianistic weight are harnessed when appropriate, but the consistently absorbing feature of his performances is the way they dig so deeply into the substance beneath the surface”
The Daily Telegraph

“His performance blazes with conviction, a propulsion and energy finely complemented with an innate sense of poetry”
Bryce Morrison, Gramophone