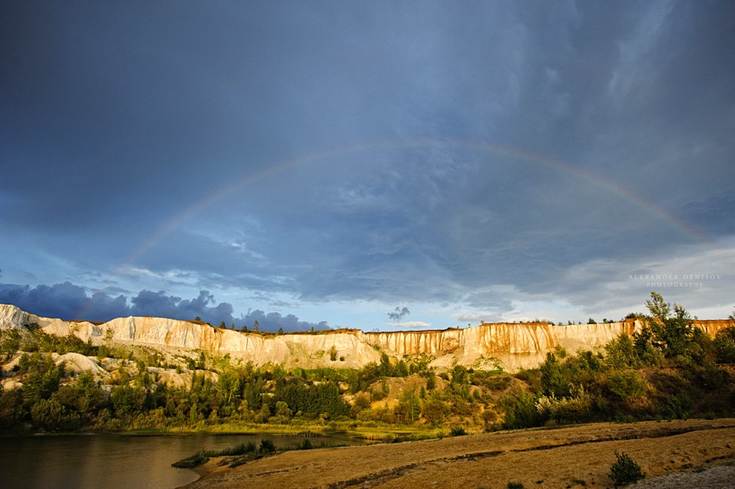 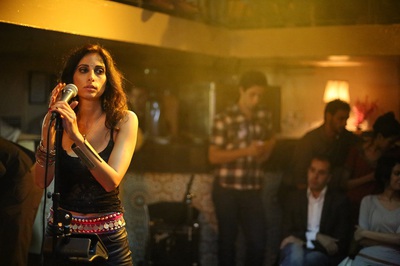 Praised by the media as “Arabic Music’s Modern Voice” (New York Times), Lebanese singer/songwriter Yasmine Hamdan became known with Soapkills, the duo she founded with Zeid Hamdan in Beirut in the mid 90’s, which was the pioneering indie/electronic band to appear in the Middle East. The band gradually acquired an emblematic status and, to this day, Yasmine is considered as an underground icon throughout the Arab world. In 2006, Yasmine moved to Paris and recorded under the Y.A.S. moniker, Arabology (2009), with Mirwais, a former member of the band Taxi Girl who also produced/co-wrote Madonna’s «Music» as well as the «American Life» albums. She then joined forces with Nouvelle Vague’s Marc Collin to produce her debut solo album, «Ya Nass», which was released by Crammed Discs in Europe in May 2013 and in Japan and the USA last April. One of the album’s songs, «Ha » is featured in Jim Jarmusch’s latest film «Only Lovers Left Alive». Her “Ya Nass Tour” has brought her so far to major cities in Europe, the US and the Arab world.

In order to write the melodies and the lyrics for her songs, Yasmine draws from the repertoire and attitude of great Arab female singers from the early and mid 20th century, including some little-known or half-forgotten figures, such as Aisha El Marta, Nagat El Saghira, Asmahan, Shadia, Mounira El Mehdeyya and many others. Yasmine, an avid collector of records from that era, is inspired by these women, by the mischievous sensuality and the subtle, ironic social criticism, which pervades their lyrics and which is reminiscent of a period of freedom and emancipation in the history of Middle-Eastern societies.

While Yasmine’s vocals are definitely connected to traditions of Arabic music (to which she takes a personal, unconventional and fresh approach), the structures and arrangements of the songs are very remote from its codes. They might be described as a kind of elegant, mutant strain of electro folk pop, mysteriously springing from somewhere in the Persian Gulf… with acoustic guitars, vintage synths, spellbinding atmospheres and Yasmine’s multi-faceted, wonderful voice.

One element which may be lost to our Western ears is Yasmine’s playful use of various dialects of Arabic in her lyrics, which alternate between Lebanese, Kuwaiti, Palestinian, Egyptian and Bedouin, and use a lot of the code-switching and references so typical of Middle-Eastern humour.

«She has established a distinctive sound focused around her deliciously smoky voice, mingling old Arabic song with her own compositions, and embracing unexpected musical experimentation…»
The Guardian

«Ms. Hamdan has set two challenges for herself in her music. She is looking to pull Arabic-language music out of any politicized “world music” or kitschy, synthetically-made pop categories and into the hip music sphere. At the same time, by reworking old Arabic songs, she wants to keep music from the Arabic “golden age” of the 1940s, ’50s and ’60s alive»
The New York Times 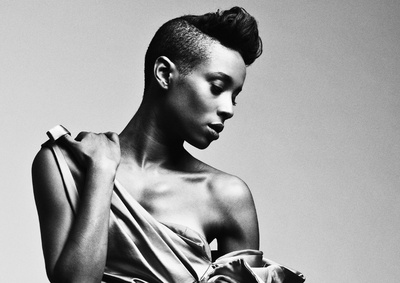 Ester Rada’s cross-cultural sound is a deep reflection of the Israeli born Ethiopian’s heritage. Growing up in a religious Jewish family in more than modest conditions in Israel, gave Rada the drive to change her way of life and fulfill her dream of creating music.

Ester just released her debut album, after releasing her acclaimed first self-written and composed solo EP called "Life Happens" produced by Israeli producers Kuti (Kutiman/Thru-You) and Sabbo (Soulico), at the beginning of 2013. The album features songs in English and Amharic. Half of the songs where produced by Ester and her band, and half by acclaimed producers: Tamir Muskat (Balkan Beat Box, Asaf Avidan), Yossi Mizrahi (Acollective, Hadag Nahash) and Kutiman and Sabbo named above.

Shortly after releasing her EP the world discovered the potential of singer, songwriter, performer, and persona Ester Rada. Ester’s increasing popularity saw her tour the Us, Canada, and Europe, and most recently the highly respected Glastonbury Festival.
Her video "Life Happens" is aired these days on MTV France, East Europe, and Israel, as well as on Vh1 Uk.

With strong influences from early 20th century soul power women such as Nina Simone and Ella Fitzgerald, Aretha Franklin; as well as a great appreciation for more contemporary black diva’s like Eryka Badu, Lauryn Hill, and Jill Scott; Rada is bringing a new voice to soul that is already spreading worldwide.
Video: «Life Happens», «Monsters», «Sorries», «Could It Be». 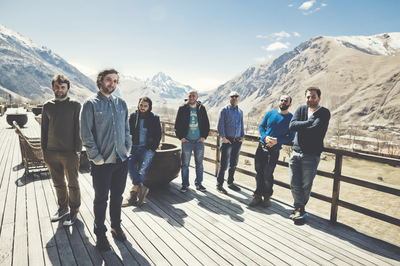 (translated from Georgian as “wanderers”) – the most famous band of Georgia nowadays – was  established in 2006 by Gigi Dedalamazishvili and its initial staff included only three musicians. During these years the band has increased up to 15 members by now. The band released its first album "Me Movigone" (in translation it means "I made it up") in 2008 and during this time became a prize-winner of many contests in Georgia as well as abroad.

"Mgzavrebi" is well-known for their individual music style permeated with emotion, improvisation and is also filled with elements of folk as well as classical music.

"Mgzavrebi" - is the embodiment of modern and authentic rhythms of one of the most musical countries in the world.

«Mgzavrebi songs are recognizable from the very first notes. From one hand this is a kind neo-folk based on rich cultural traditions, and from the other – this is quite modern, vibrant and melodic young music…
And it turns you on»
Oleg Nesterov, General Producer of the record-label “Snegiri Music” 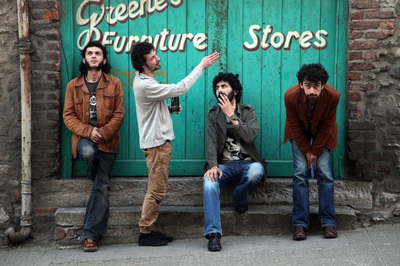 One of the most famous bands in Armenia, The Bambir (“bambir” - ancient Armenian musical instrument) describe themselves as “flavored by progressive rock, vibrations in stones, Daoism, James Joyce, Rumi, Japanese poetry, acrobatic tongue twisters and finger pickings and harmonies at 3am when the beer, the tea, and the cigarettes have all run out.”
They have played in Moscow, Paris, Los Angeles, New York, Istanbul, Beirut, Georgia, Greece and all over Armenia. In January 2012 they made the decision to make a go of breaking into the European market, and moved to Dublin for 6 months.

Their incredible musicianship and intense energy on-stage made them stand out immediately, and it wasn’t long before they were booked for festivals like KnockanStockan, No Place Like Dome, Body&Soul and Electric Picnic. They became known for their relentless gigging, sometimes playing 3 shows/night. They appeared on local radios and State (magazine) called them "Ireland's hairiest and hardest working band," featuring them as part of their 2012 Electric Picnic coverage. The Bambir's notoriety is growing now as they are attracting more international attention. The band is set to release a new album in April 2015.

“The Bambir’s search pushes the boundaries of musical norms, combining progressive rock with traditional Armenian folk, and steeping the result in the spiritual, the poetic, and the love of a good time” 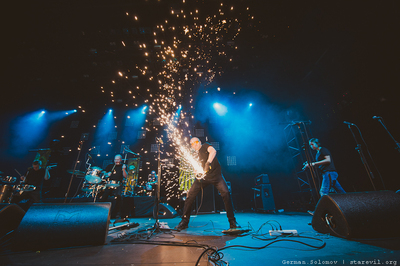 Drum Ecstasy (Belarus) -  was formed in 1993 and since then this band has played numerous concerts in such legendary clubs as Tacheles (Berlin), Eimer (Berlin), Stubnitz (Rostock), Effenaar (Eindhoven), TPO (Bologna), 44 (Kiev), B2 (Moscow), have toured in Belgium, Germany, Holland and Italy, has taken part in many international festivals, as supporting acts they have played for concerts by Robert Plant, Dub FX and The Prodigy. In some compositions the band members use electric saws, drills, fire extinguishers, motor drives and other industrial "garbage". In the White Well Drum Ecstasy will present the program with Dmitriy Lukyanchik (ex-vocalist and drummer of Troica and leader of Altanka).

The music is based on authentic Belarusian folk songs accompanied by drums and bass guitar imitating the sounds of folk instruments (lyre, bagpipes).

Quarry White Well is a unique for its beauty place in the vicinity of Voronezh which landscapes resemble the American Grand Canyon. Nature has created amazing decorations in this silent nook: Сhalk Mountains, mirror lakes, small islands… and here the Platonov Festival’s World Music day will take place.