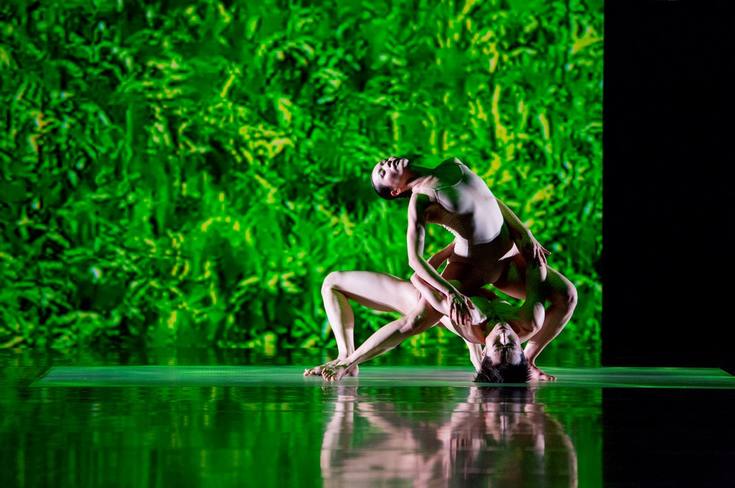 Cloud Gate Dance Theatre of Taiwan – the most famous dance company of Taiwan. Cloud Gate is the name of the oldest known dance in China. In 1973, choreographer Lin Hwai-min adapted this classical name for the first contemporary dance company in any Chinese speaking community.

Cloud Gate has toured extensively with frequent engagements at the Next Wave Festival in New York, the Sadler’s Wells Theatre and Barbican Center in London, the Moscow Chekhov International Theatre Festival and others.

International critics have acclaimed Cloud Gate as the following: “Asia’s leading contemporary dance theatre” (The Times); “One of the finest dance companies in the world” (The Globe and Mail).

Lin Hwai-min – the founder and artistic director of Cloud Gate Dance Theatre. Honouring Lin Hwai-min with a Lifetime Achievement Award, the jury of the International Movimentos Dance Prize, Germany, calls Lin “a foremost innovator of dance” and that “Lin Hwai-min ranks amongst artists of the century such as William Forsythe, George Balanchine, Birgit Cullberg…”

Among the honours Lin Hwai-min has received are the honorary doctorates from 5 universities in Taiwan and Hong Kong, the Taiwan National Award for Arts, the Ramon Magsaysay Award, the John D. Rockefeller 3d Award, the award for “Best Choreographer” at the Lyon Biennial Festival and the ‘Chevalier of the Order of Arts and Letters’ from the French Ministry of Culture. In 2005, he was celebrated by Time Magazine as one of the “Asia’s Heroes”. In 2006, at the invitation of the most famous French dancers  Sylvie Guillem, he choreographed the solo Sally for her.

“Rice” was created to celebrate Cloud Gate’s 40th anniversary, and is inspired by the landscape and story of Chihshang in the East Rift Valley of Taiwan. Previously tainted by the use of chemical fertilizer, this farming village has now regained its title as Land of Emperor Rice by adopting organic farming. Featuring folksongs in Hakka - the oldest among the existing Chinese dialects - and operatic arias from the West, this is a stunning, thought provoking piece of dance.

”Photosynthesis is real and Cloud Gate Dance Theatre takes you through the great cycle of life with Rice. The imagery is breathtaking and the trembling bodies force you to settle, be still and think about rehabilitating our Earth”

“What is extraordinary about Lin’s work, and the way Cloud Gate performs it, is how it can undermine Western expectations about how time unfolds on stage. He can build shapes so slowly and unfurl phrases so meticulously that his choreography seems to happen in a parallel universe, while his dancers evince an almost superhuman control over their bodies”

“A sharply moving synthesis of man and nature, east and west, death and rebirth... Lin’s own song of the Earth”

“Fiery rhythms from Taiwan. Sensual treats for the eyes.”