Fro. A Tale of Love. 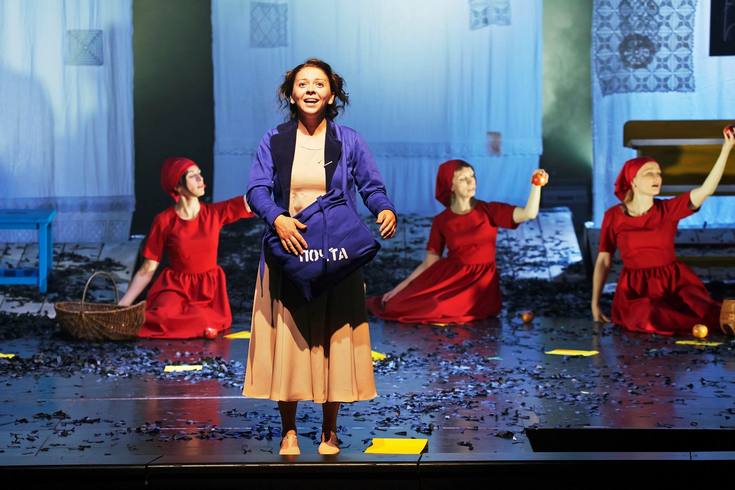 Mikhail Chekhov Riga Russian Theatre, established in 1883, is the oldest Russian theatre outside Russia. The theatre director Eduard Tsekhoval is a laureate of K. Stanislavsky award “for preserving Russian theatre traditions in Latvia”.

The theatre often collaborates with guest directors as well as takes part in international festivals. For instance, as a result of its collaboration with Edinburgh festival the theatre’s repertoire came to feature “The Seagull”, A. Chekhov’s play directed by Peter Stein – “the living legend” of European theatre.

Ruslan Kudashov is the principal director of the Big Puppet Theatre (St.Petersburg), the artistic director of Potudan Theatre. He is a participant and winner of numerous prestigious international festivals; a holder of the Order of Merit for the Fatherland, 2nd Degree; a laureate of the highest national theatre award “The Golden Mask”, the highest St.Petersburg theatre award “The Golden Soffit”, the highest national award in theatre art for children Harlequin and many others.

Ruslan Kudashov’s debut performance was an adaptation of Andrey Platonov’s short story “The Potudan River”. Since then, the director has not once turned to the work of the author, the total number of productions running well over thirty in different countries (Lithuania, Poland, Bielorussia, Bulgaria.)

“Fro” is a rare performance in today’s theatre - a melting pot of Platonov’s wonderful wording, meticulous adaptation and direction, convincing performance, plasticity, superb setting, lighting and musical arrangement. Ekaterina Frolova, an actress who played the part of Frosya Evstafieva explains her character’s despondence, “An engine driver’s daughter, she totally falls out of life when out of love – she goes out like a light bulb disconnected from electricity. Nothing and no one can comfort Fro, lift her spirits, apart from awakening anticipation of motherhood. Yet, that is not love either”.

“This performance is as perfect as a fugue and it does remind a fugue, where all voices are important, but the most important is the higher, female one because it is closest to God”

“Believe me it isn’t often that Riga spectators give the local cast a standing ovation after a performance. It happened though after a premier at M. Chekhov Riga Russian Theatre – director Ruslan Kudashov and lead actress Ekaterina Frolova were given a standing ovation. <…> It’s amazing but an hour and a half of commonly “heavy-going” Platonov just fly by.”