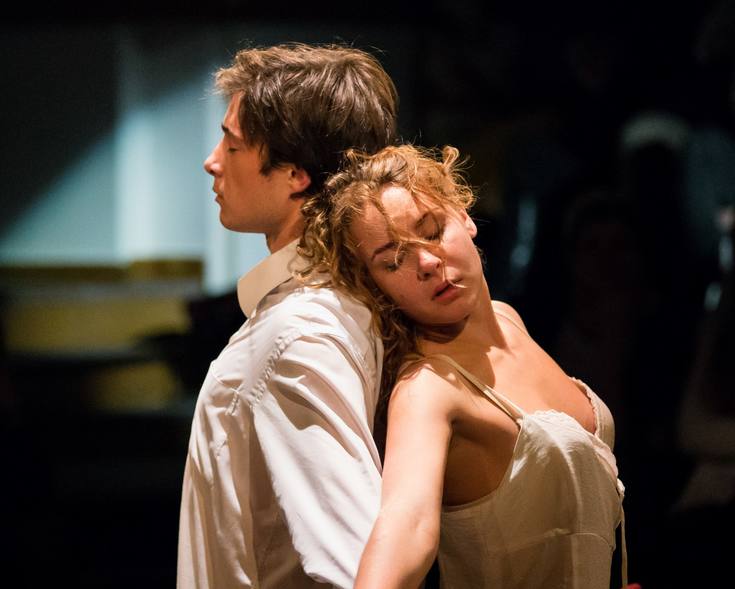 Moscow Drama Theatre «Sfera» was founded in 1981 by Ekaterina Elanskaya, an actress, director, Honored Artist of Russia and a representative of a famous theatre dynasty.
The main aim of the theatre is to create «a sphere of communication» which connects actors and audience.  To achieve this aim a unique and the first in Russia transformer-hall, that is a circular amphitheatre, has been built instead of a traditional hall with a stage that looks like a box.

The Theatre «Sfera» has successfully toured Russia, South Korea, the USA and Europe.

The play «Aphrodite» combines two different Platonov’s novels «Fro» and «Aphrodite» which are united by the theme of overpowering love, hope and faith needed for saving a man from dismay and emptiness. It is not a mere coincidence that the experts in Platonov’s works find a strong connection between these two novels.

«There is always something to learn from the characters of Platonov’s works, – Yulia says.–Maybe somebody will say that they are too naïve, but I hope that the audience will empathize with the characters and the play will leave them with good and light feelings».
The play premiered in April, 2014.

«…from the routine world to the bright and fine world, the soul has gone from the small world into the space of the universe. The new play by the theatre «Sfera» has given this sensation…»

«Yulia Belyaeva has masterfully, with  skill and sense of harmony and self-worth created a real theatrical masterpiece: the aroma of the epoch with an illusion of common good, the beauty of relationships and difficult problems of the society at the crossroads»