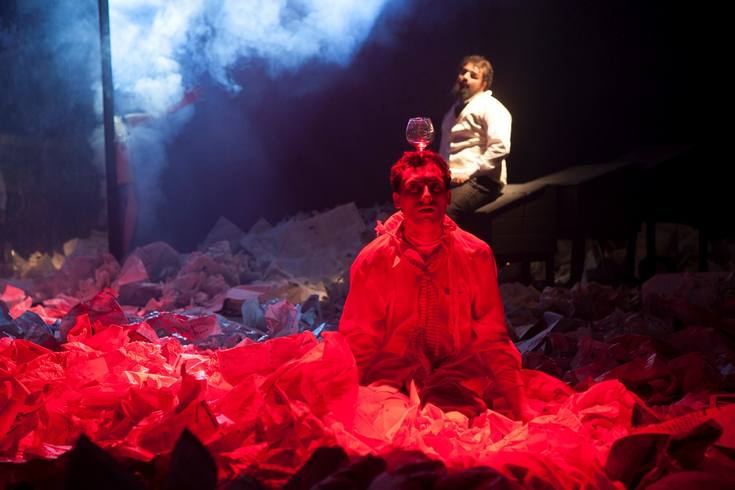 Marjanishvili State Academic Drama Theatre in Tbilisi is one of the best worldwide known theatres of Georgia. It was founded in 1928 by Kote Marjanishvili – famous Georgian theater director who, together with Constantin Stanislavski, Vladimir Nemirovich-Danchenko, Vsevolod Meyerhold and Yevgeny Vakhtangov, ushered in the New Theater of the XX century.


Levan Tsuladze – director, founder of the first independent theater in Georgia (THE BASEMENT THEATER), from 2006 - artistic director of the Marjanishvili State Drama Theatre. Being considered as the recognized leader of Georgian Theatre at present, one of the most successful, creative, highly acclaimed stage directors, who truly changes and develops theater in most interesting way, Tsuladze has produced more than 40 performances in different cities and Theaters of Georgia. He is the winner of quite a number of national awards, among them the Prize of Theater Union, Independent Theater award “DURUJI”, Kote Marjanishvili award, Presidential “Medal of Honor” for achievements in theatre, Award of Excellence and others.


Mad Man’s Diary - is a farcical short story by Nikolai Gogol, which is along with “The Overcoat” and “The Nose”, considered to be one of Gogol's greatest short stories. The tale centers on the life of a minor civil servant during the repressive era of Nicholas I. Following the format of a diary, the story shows the descent of the protagonist, Poprishchin, into insanity.

How it is possible to survive in a huge world with lots of information, events, news for a “small” person?  What is the way to obtain personal freedom? Can we accept the conditions, limits and at the same time dream of something big and different? Where do we all – personalities – go to? Is there any parallel freedom? These issues are raised in the performance created by Tsuladze.

“…Director  Levan Tsuladze showed high and defined culture of humor, endless fantasy, creativity and aspirations to kindness. Levan Tsuladze in “Mad Man’s Diary” pictures us the tragedy of human which is expressed with lightness and multiplicative ways… In modern society there are lots of people like Poprishchin and his encirclement around us.
Levan Tsuladze’s new work with Georgian and Italian actors is an original version of Gogol’s novel. The performance, which really claims that theatre has no borders and its language as the communicative way, is universal.”