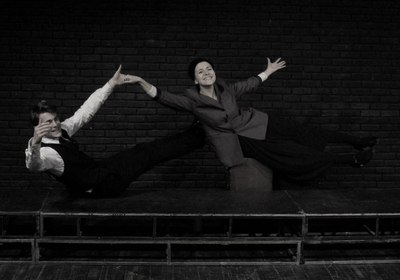 Vera Kamyshnikova is a well-known teacher of scenic speech. She studied at Samara State Institute of Arts and she has been working at the Department of scenic speech  of  GITIS since 1981. She worked at the acting faculty in workshops  of  V. Levertov and B. Morozov and also at directing faculty in workshops of A. Efros, A. Goncharov, A. Vasiliev, P. Fomenko, S. Zhenovach.  She is teaching  scenic speech at Moscow International University named after H. Popov.

Vera Kamyshnikova participated in seminars in the United States,  did a course  under the direction of  Royal Shakespeare Theatre’s director Cicely Berry (the United Kingdom),  as a teacher she conducted workshops in scenic speech in Italy, Germany, Switzerland, England.

She participated in many experiments of  students of  different generations of  Petr Fomenko’s and S. Zhenovach’s workshops, starting from the famous Tsvetaeva's "Adventures" that  was put on by Ivan Popovsky with Petr Fomenko’s  first year  students in the corridors of  GITIS.  "March"  based on the poem by Joseph Brodsky, as well as "Phaedra" that is linking the tragedy 'Hippolytus'  by Euripides with her version by Marina Tsvetaeva staged by Vera Kamyshnikova were shown at Theater art studio.