based on the stories by Andrey Platonov
Main program 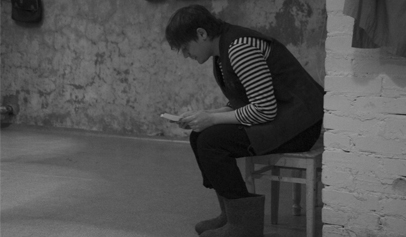 The play is based on several works by Andrey Platonov: "Living the main life" (the correspondence with his wife Maria Alexandrovna, which she published after the death of her husband), the story " Ethereal path " and stories "Fro", "Antiseksus" and "Return".

It is a dry and even tough story about the struggle between life and work in the fate of the great writer. It is an attempt to answer the question what it is like for him as an artist to "live the main life"? Is it his work or real life? What is more important?

and you start to talk to the family using the text of your works.

The project manager Milena Avimskaya set the task to create an open experimental platform for young filmmakers, artists and actors. The best director’s works are selected by the Expert Council and then the stage sketches of the winners of become full performances.

ON.TEATR is not afraid of modern language and innovative approaches as it works with "new drama" and the traditional classics as well. The repertoire of this "No-a-teatre" focuses on the young (not just  about age, but mostly about spirit) spectator who is interested in alive creativity. There is no chief director in the theater, and that’s why every single play is an experiment and a point of view, free expression of a particular director.