The Animals and Children Took to the Streets 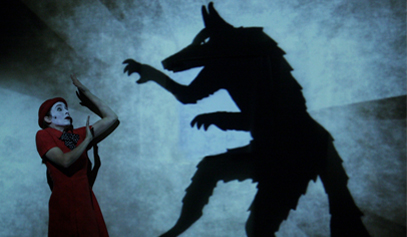 Voice of the Caretaker – James Addie

“Think Alexander Rodchenko meets Tim Burton, Charles Dickens meets Fritz Lang, and the early 20th-century silent movie meets the 21st-century graphic novel, and you have something of the flavour of this jawdroppingly clever and gloriously subversive parable of social mobility, revolution and its suppression <…> a really astonishing piece of work from 1927”.

“Technically brilliant use of live action and music combined with superbly drawn and animated film backgrounds to create shows that combine vintage cultural nostalgia with a sharp, beady-eyed sense of postmodern alienation”.

“1927: Their star is on the ascendant and there is nothing quite like them”.

1927 is the award winning theatre company behind the critically acclaimed shows: Between the Devil and the Deep Blue Sea and The Animals and Children took to the Streets.

1927 was founded in 2005 by Writer, Performer & Director Suzanne Andrade and Animator & Film Maker Paul Barritt. In 2006 Performer & costume maker Esme Appleton and Performer, Composer & Musician Lillian Henley joined the company. All four creative members of 1927 come from different artistic backgrounds, and it is the collaboration between these various disciplines - and the complete integration of these, that has paved the way for the company to create it’s innovative and original work.

Mixing live music, storytelling and performance with animation 1927 create a strange theatrical experience unlike anything you will have seen before.