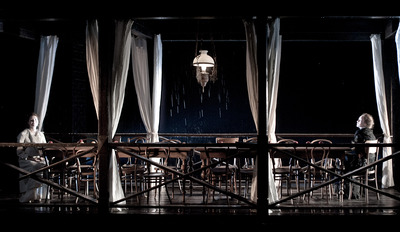 The production will be based on the writer's notebooks which seem to have given the soil for the “sprouts” of all the characters and topics that followed. It's something like an inner laboratory for the writer and playwright a number of whose ideas wasn't put into his works but was preserved in his diary.

“Notebooks” are the only book Chekhov wrote without knowing that he was writing one. It is one of the quietest books ever written. Gaps between the notes are like pauses filled with the silent work of thought”, - wrote Z. Paperny, a literary critic. “Notebooks” production is the first stage-version of Chekhov's diaries in the history of Russian theatre.