Video screenings of German performances at the Platonov Festival

The cycle of video screenings will include five performances, marked by the expert council of the Theatertreffen festival. It will be possible to watch them free of charge, by prior registration at the Venue 1900 ("Winzavod" space).

The project takes place within the framework of the Year of Germany in Russia. 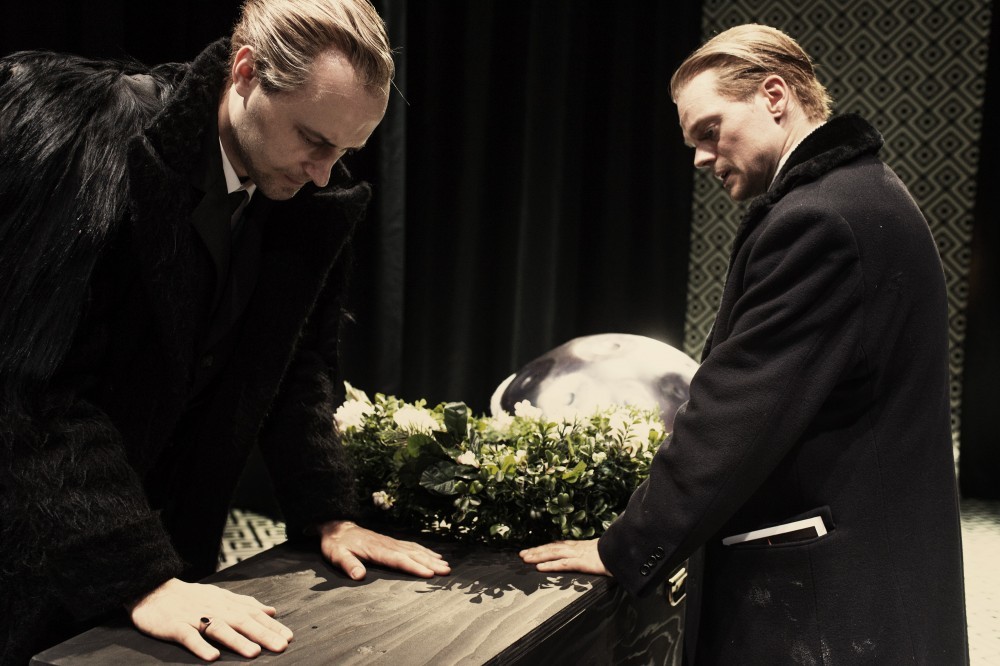 The performance joined the programme of the Theatertreffen festival in 2018, and in 2020 it was supposed to come to the Platonov Festival, but the pandemic intervened in the theatre's touring plans. The production of one of the most popular German directors of the middle generation Antu Romero Nunez with the participation of two brilliant actors of the famous Thalia Theater Thomas Niehaus and Paul Schroeder is a mind-blowing farce, sparkling clownery on the topic of one of the most famous and controversial heroes of the world culture - Ulysses. 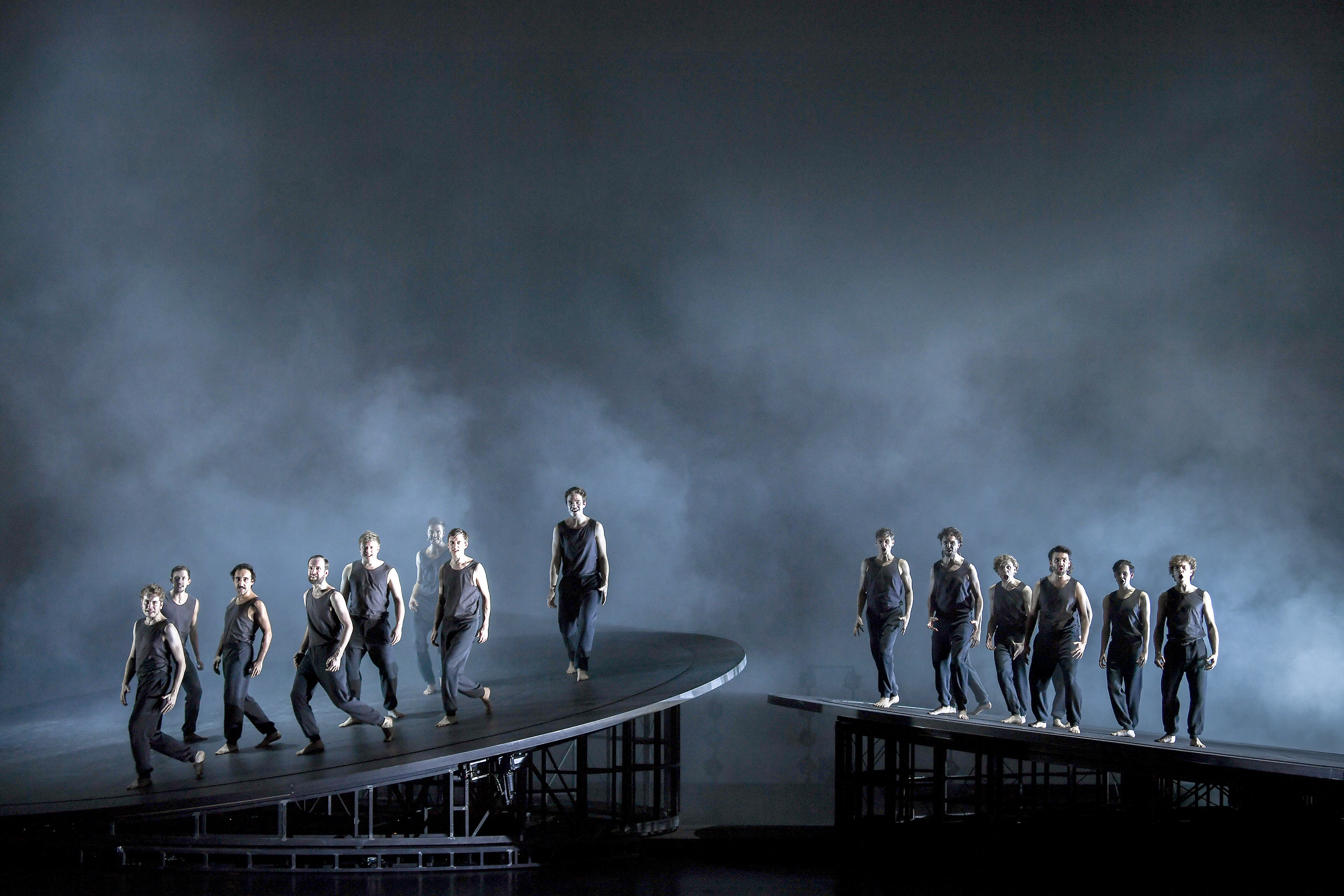 The performance which is based on "the cruelest book of the 20th century" about how the Second World War turns 10-year-old twin boys into cold-blooded murderers is staged in a very "innocent" manner without naturalism, typical for German theatre. It's due to the style of Ulrich Rasche: Bob Wilson's student became famous for his oratorio performances, and, unlike the teacher, assigns a supporting role to an impressive picture. In his works, the main character is a choir of actors, which pronounces (or even sings) the text in an incredibly musical and energising way. Ulrich Rasche is a major figure in German-speaking theatre with a recognisable directorial style, he is one of the directors whose performance is a "must-see" at least once in a lifetime to get an idea of a separate and self-sufficient theatre universe. 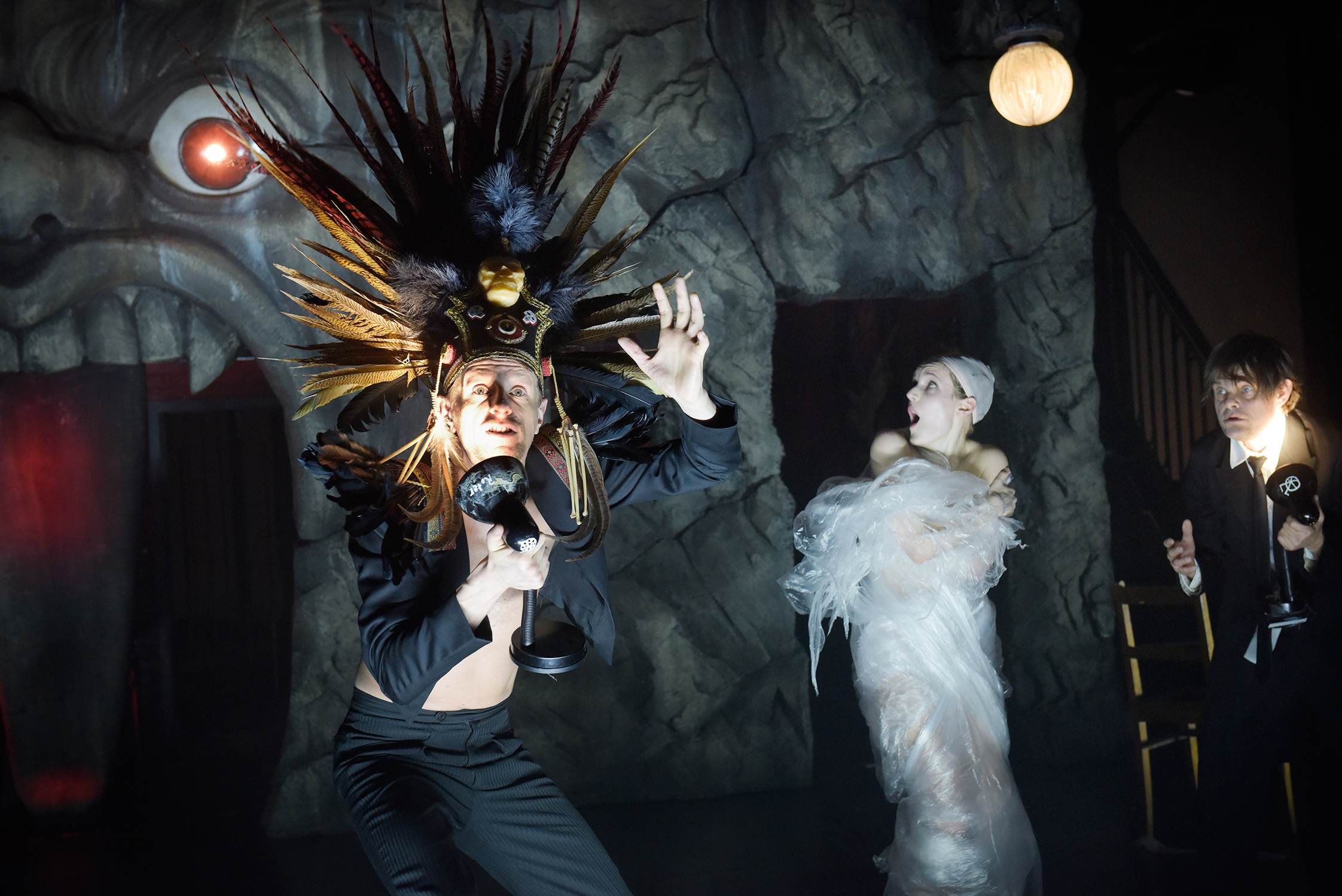 Yet another director whose performance is worth seeing for anyone actively interested in theatre is 69-year-old Frank Castorf. Being one of the most respected German directors, who has remained one of the main theatre provocateurs in the world for many years, he staged Faust, a performance that is part of the golden pool of German literature and drama. This is Castorf's last premiere as intendant at the Volksbühne Theater, the head of which he had been for nearly 25 years. His departure from the office was accompanied by a scandal, he was on the lips of the whole theatre world, and "Faust" became a bright final point in his relations with Volksbühne. 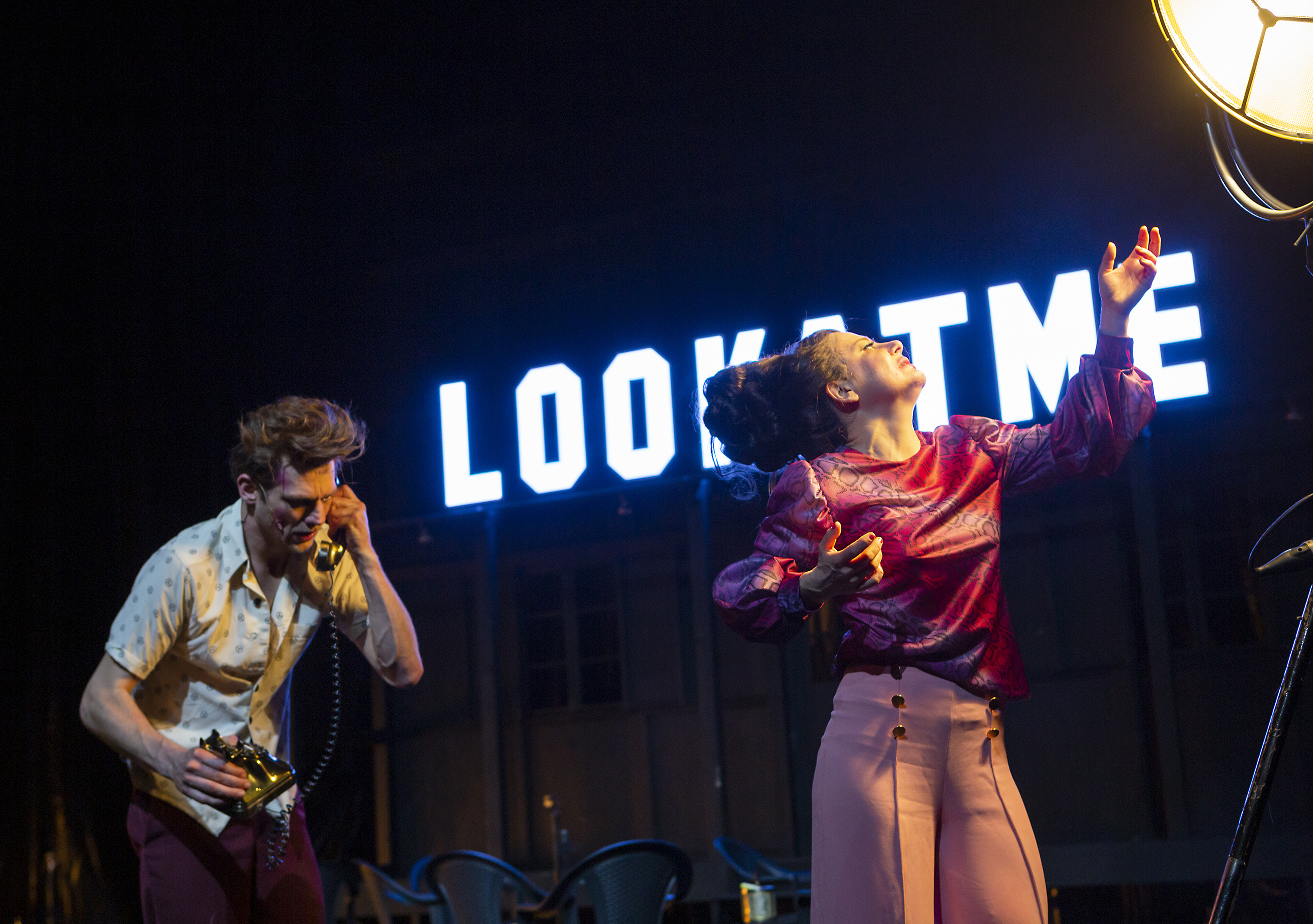 The play by Tennessee Williams, a classic writer of American drama, is about the relationship between a fading film star and a young actor who craves fame; it was directed by a renowned German director Claudia Bauer. As is often the case with Williams, talent and mediocrity, dreams and reality, youth and its transience come into conflict, a person is ruled by egocentrism, self-doubt and the instability of his own position. The production was included into the 10 Selected Productions of the Theatertreffen festival in 2020, this is her third work to participate in this prestigious forum. 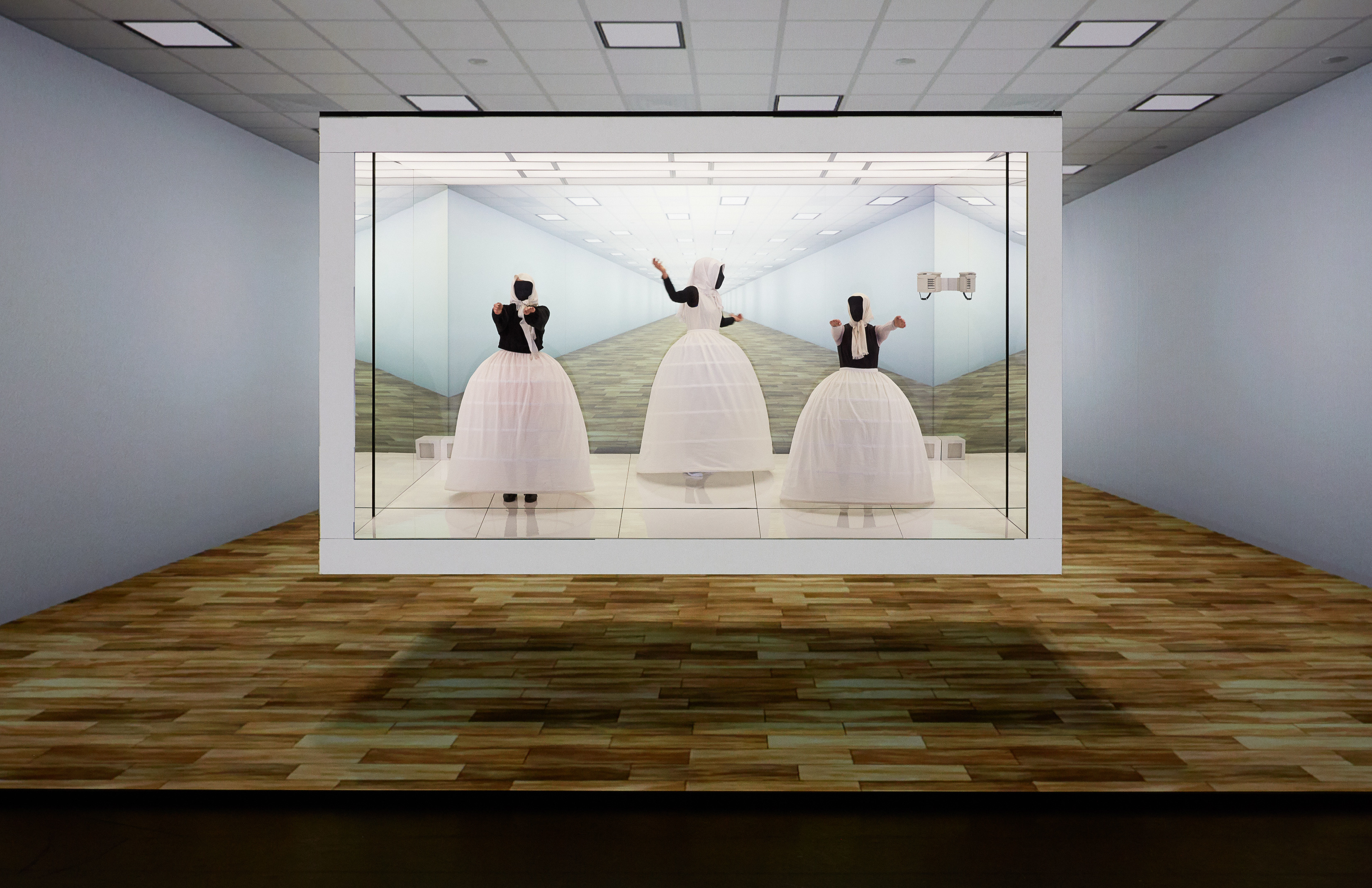 Susanne Kennedy's "Three Sisters" became, without any exaggeration, one of the most high-profile events of the European theatre of the 2019/20 season. Released on the eve of the pandemic, the performance was supposed to become the headliner of the most famous festivals from Greece to the Netherlands, public interest in it was growing exponentially. But theatres closed, and as a result, most spectators managed to see "Three Sisters" online only.

Susanne Kennedy places Chekhov's characters in a sterile, possibly even post-apocalyptic space ("In two, three hundred years, life on earth will be unimaginably beautiful, amazing"?), deprives them of emotions, facial expressions, voices, even faces (actors are in masks, instead of their voices there is a phonogram). It may even be that these are no longer living people, but scraps of repeating patterns, phrases recorded a long time ago, noise in the digital space. The technologies of the future, at the same time, are present here both at the level of content and at the level of form, and you never stop asking the question: "How is this done technically?" throughout the entire performance.