The directors Anna Shishkina, Oleg Skotnikov and Maxim Isaev got acquainted with the participants, defined their expertise and have already begun to outline the concepts of future performances. The team of the Voronezh street theatre included actors, musicians, artists, fire jugglers, dancers.

Oleg Skotnikov, director of the "Mr. Pejo's wandering dolls" theatre, co-organiser of the Russian Union of Street Theatres and Artists, noted the importance of the laboratory: "For the last couple of years, we have been establishing communication not only within the community, but also with people who are somehow related to it: the cities' administrations, venues, events, etc. We strive to involve professional academic theatrical structures in this space. The Platonov Arts Festival initiative is a very important story, because our movement is supported not only from the bottom up, but also from the top down. It is a golden ticket and a mutual understanding of the trends of the time. This is socially significant work, an opportunity to attract here people who are ready to enter the theatrical art through unusual "gates", that is, not through a theatre institute."

Anna Shishkina (Mother Meadows), the artistic director of the "Mr. Pejo's wandering dolls" theatre, also commented on the project: "As a theatre that travels a lot, we really appreciate Platonov Arts Festival's invitation. This is one of the most interesting and deepest Russian festivals, which combines both traditional, dramatic theatre and street theatre, seeing original balanced components of art in them. I really liked the idea of inviting the AKHE theatre and ours – the teams of different directions. Thus, the range of street theatre is not limited to only one format. As for the workshop itself, it seems to me that the Platonov Arts Festival has done a lot of sensible work on organising the preliminary casting. There were no extra, random people at my workshop. The group turned out to be conscious, motivated, with whom it was interesting to work and talk. There were those who did not reveal themselves as actors, but showed themselves as methodologists, able to organise, conscious, evaluating the theatrical situation as a whole. I'm sorry to say goodbye to them." 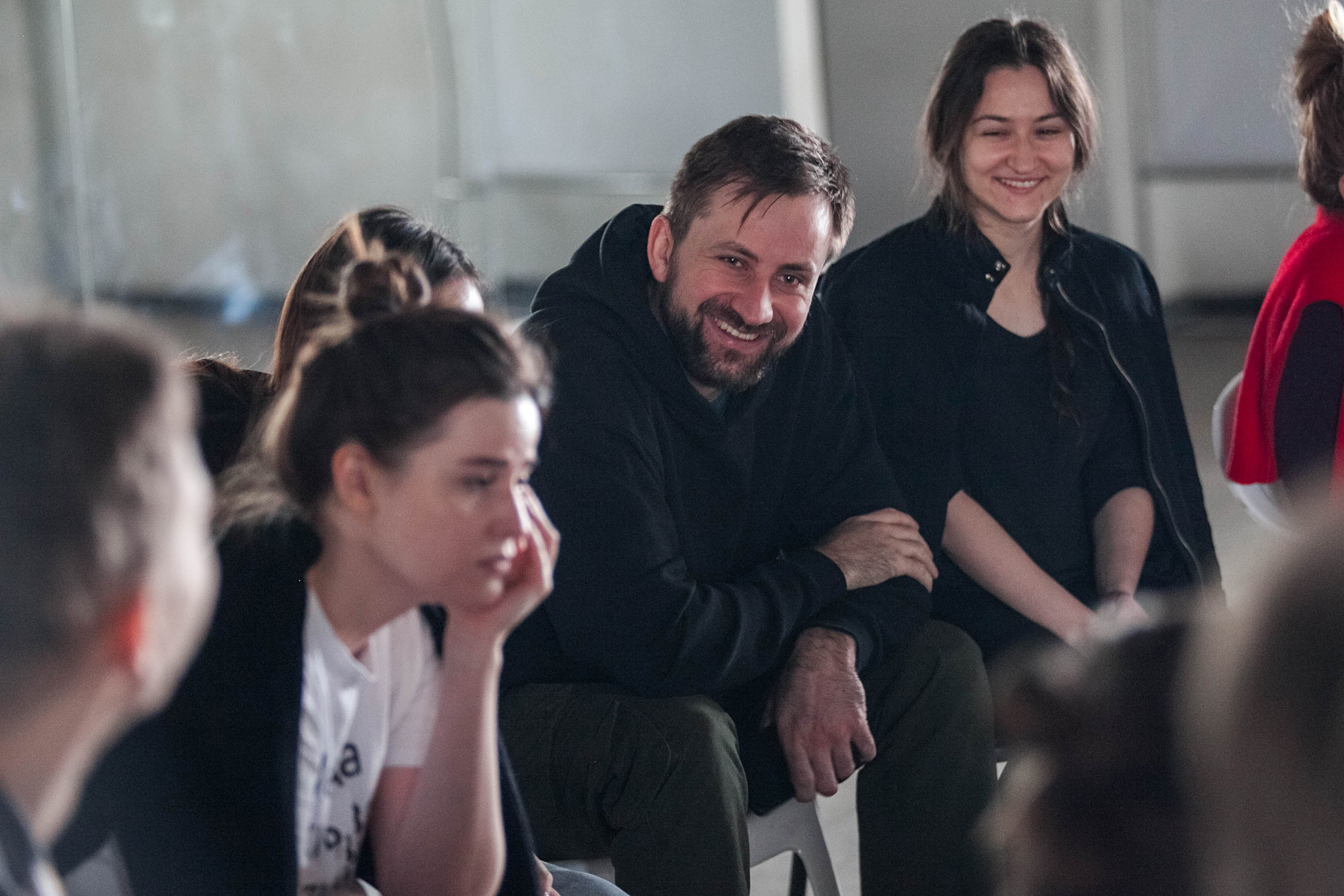 The artist, director, one of the founders of the AKHE group Maxim Isaev shared his impressions of the formed group: "I really liked everyone: wonderful, creative, responsive people. Everyone has different experience, but this makes it even more interesting. In the future performance, everyone will find something to do. The guys have excellent skills that will definitely be used: the ability to sing, work with musical instruments, and others."

During the laboratory, the participants really rallied: after the classes they got together and discussed in what format they could continue to exist. Oleg Skotnikov and Anna Shishkina decided not to lose contact with the team until the next meeting in Voronezh and to provide organisational and rehearsal assistance. "Anna and I are pursuing the goals, firstly, to keep the guys in shape so that they acquire skills during this time and not "sag," says the director of the "Mr. Pejo's wandering dolls" theatre, and secondly, to transfer the experience of various organisational structures. To help them, support them with networking and offers from festivals – that is our task." Maxim Isaev also promised to stay in touch. Together with the participants of the laboratory, he plans to discuss the concept of the future performance, which will be shown at the Platonov Arts Festival.