Andrey Platonovich Platonov (1899 — 1951), one of the most mysterious and incorrect Russian authors of the twentieth century, went almost unnoticed by the brilliant literature mirrors, reflecting the Soviet era. However, national Russian life has never been manifested so acutely in a writer’s fate and no other writer’s work has spoken so deeply and completely of the tragedy of a nation bereaved by Revolution. 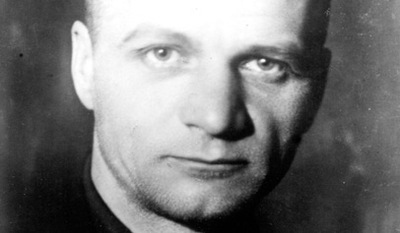 Among those, who left their sign on Voronezh land, Andrei Platonov holds a special place. Heritage of this genius master is well known and belongs to all mankind. The festival is named after him.

Born in the family of a Voronezh railway locksmith in the last year of the last century of the Russian monarchy, Platonov was not only a writer, playwright, literary critic, philosopher, publisher, poet, and scriptwriter, but also an electrician, irrigation engineer, engineer, inventor, and foreman. He is an event akin to a cyclone, an atmospheric front that occurs at the junction of cold and heat, light and darkness, aridity, and moisture. He is the answer to the challenge of the revolution and to the ways of the Russian Bolshevism movement. The bloodcurdling energy accumulated in Russia at the turn of the centuries was looking to be incarnated in someone and found its embodiment in Platonov. It is no coincidence that the notion of energy meant so much in his artistic world and was the subject of intense thought as to whether the aspirations of the Revolution were feasible. The most terrible time in Russian history spoke through Platonov in a broken, strained language, as if spoken by a tongue torn from its throat. Platonov reached the hellish nadir of Russian Communism without rejection, loathing, and hiding his head, but in a painful attempt to understand what was going on in the country and in human beings. Platonov became a frontier character at the dividing line between life and death, God and human, human and machine, human and nature. He let those ruptures and challenges of the bloody never-never land of the twentieth century pass through his heart, trying to find connections between uncombined events, and it is this frontier spirit that offers a key to his art and his bitter and ruthless fate.

It is impossible to say whether Platonov was for or against Soviet power, how much he supported or condemned its actions, whether he was disappointed in socialism or not, although this has not stopped people attempting to find answers to such questions, whether in Russia or the West. Yet Platonov breaks out of all boundaries and simplistic definitions and carries the ultimate truth about the divine-human core in a world shorn of God. “The country is dark, but a person in it is shining”. A short phrase from his notebooks serves as an artistic metaphor for the twentieth century, true to both the Gulag and the Great Victory of 1945. This truth doesn’t conciliate or erase past contradictions, but it finds the direction of their distant junction point, and contains a profound meaning inherent in all his works, from the first stories written by a young journalist from Voronezh, to the folk tales, written by a dying writer, who was alleged to earn his living by working as a sweeper in a Literature College in Moscow.

Readers did not know the name of Andrey Platonov well while he was alive and if they were familiar with it, it was because his name was the subject of the most abasing and unfair criticism, surging through his art, from a Stalin-era abuse on the margins of the manuscript of “Vprok” to a scathing article by Ermolov concerning the short story “The Return”.

The principle works of the author include the novellas, “The Foundation Pit” and “The Juvenile Sea”; novels “Chevengur” and “Happy Moscow”, screenplays “Fools on the Periphery”, “The Barrel Organ”, “14 Little Red Huts” and the unfinished “Noah’s Ark” were published many years after Platonov’s death.

Not accepted, not understood, driven away by contemporaries, he lived his life so that decades later we judge the heights and failures of the Russian century, the red explosion that bled Russia dry, according to Andrei Platonov. Not only according to him but according to him – first and deepest of all. And through Andrei Platonov, we are trying to understand who and what we are today.